Right, I have been playing ZPS since 2009, yes, that has been quite some time now. I have clocked over 788 hours and counting. More than 700 on my favorite server which was MMNB which transformed to [ZG] as in the Zombie Gaming Community. So let’s get onto my review. What is zombie panic? 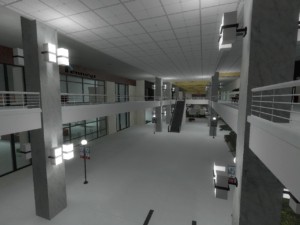 Firstly, Zombie panic is a team based game. You start maybe out as eight survivors against a carrier. The objective is to survive depending whether it´s a objective based map (where you have to solve each objective to move forward) or survival, where you simply need to wipe out all Zombies. Your objective is to survive to the best of your ability or become one of the Zombie Horde, a mindless being which enjoys to feast on the living. Personally, I love teambased gameplay and fighting against so many players and being last on your team is so terrifying, yet thrilling.

Secondly, the community and the developers are what makes the game. We haven’t given up on ZPS like so many have done with other games. ZPS was released on steam in 2007, and while the graphics aren’t 2017 material, everybody still loves it. The game is unique in its way that the zombies are all player controlled, not AI. You don’t know which move they’ll make and therefore you have to strategize everything you do. Multplayer with the community on objective maps, deathrun maps or team deathmatch maps are great, you get all competitive types when playing these maps.

ZPS developers are still developing and therefore showing us that they truly care about the fans.  We are getting a major update (3.0 update) which shall turn the tide for the game in my opinion and rake in new players. The only thing we lack as of now are players. We are many, but not “Dota” many.  Therefore my wish is to push this game into the thousands of players, and I will do my part.

And Lastly, the game is simply worth it. You don’t even have to pay for it. Yes you guessed it, it’s free. This game started other games such as, No More Room in Hell and Contagion and still inspires other games today. What else is there not to like about it?